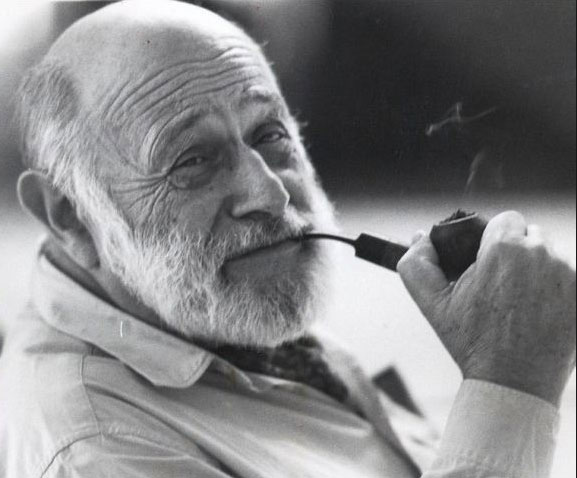 You should know: a person lives even after transition

1937 Martin Buber’s lecture “Prejudice against God” has a strong influence on Flusser‘s thinking.

In 1939, shortly after the Nazi occupation, Flusser emigrated to London (with Edith Barth, his later wife, and her parents) to continue his studies for one term at the London School of Economics and Political Science. Vilém Flusser lost all of his family in the German concentration camps: his father died in Buchenwald in 1940; his grandparents, his mother and his sister were brought to Auschwitz and later to Theresienstadt where they were killed. The next year, he emigrated to Brazil, living both in São Paulo and Rio de Janeiro. He started working at a Czech import/export company and then at Stabivolt, a manufacturer of radios and transistors.

The project of the first monograph on the history of the eighteenth-century thought (Die Geistesgeschichte des 18. Jahrhunderts, in German), on which the philosopher had been working in 1951, was aborted. However, there are references to it in the correspondence that Flusser exchanged with his cousin David Flusser, Alex Bloch, his intellectual peers, and some publishers. In a letter to Alex Bloch on the 2nd May 1951, Flusser talked about the method he applied to his book: “Um ihn metodisch zu planen, muss man sich einen beliebigen Ausschnit aus der Geschichte wählen, zu Beispiel das 18. Jahrhundert, und versuchen, von diesem Angriffspunkt aus, das Sichtfeld zu erweitern.” info http://www.flusserstudies.net/sites/www.flusserstudies.net/files/media/attachments/batlickova-unto-the-third-fourth-generation.pdf

1957/1958 He writes “History of the Devil” in German, followed by the Portuguese “A história do diabo”.
In The History of the Devil, Flusser frames the human situation from a pseudo-religious point of view. The phenomenal world, or “reality” in a general sense, is identified as the “Devil,” and that which transcends phenomena, or the philosophers’ and theologians’ “reality,” is identified as “God.” Referencing Wittgenstein’s Tractatus Logico-Philosophicus in its structure, Flusser provocatively leads the reader through an existential exploration of nothingness as the bedrock of reality, where “phenomenon” and “transcendence,” “Devil” and “God” become fused and confused. So radically confused, in fact, that Flusser suggests we abandon the quotation marks from the terms “Devil” and “God.” At this moment of abysmal confusion, we must make the existential decisions that give direction to our lives.

1964 Position of Appointed Professor of Communication Theories at the Faculty for Communication and Humanities of Fundação A.A. Penteado (FAAP) in São Paulo. Flusser holds this chair until 1970. He is nominated member of the advisory board of the São Paulo Biennale.

1966/1967
As delegate for cultural cooperation with Northern America and Europe of the Brazilian Foreign Ministry, Flusser lectures in Harvard, Boston, Yale, at the MIT and numerous European universities and institutions. The FAZ (Frankfurter Allgemeine Zeitung), the SZ (Süddeutsche Zeitung) and Die Presse (Vienna) print articles by Flusser.

In 1970, when a reform took place at the University of São Paulo by the Brazilian military government, all Lecturers of Philosophy (members of the Department of Philosophy) were dismissed. Flusser, who taught at the Engineering School (Escola Politécnica), had to leave the university as well. At first, he immigrated to the North of Italy (Tyrol). Then, he lived in both Germany and the South of France (Aix-en-Provence). To the end of his life, he was quite active writing and giving lectures around media theory and working with new topics (Philosophy of Photography, Technical Images, etc.).

1970/1971 He writes the manuscript “Auf der Suche nach einem neuen Menschen” [In search of a new man]. The Portuguese “Em busca de um Novo Homem” is published as “Fenomenologia do brasileiro” [Phenomenology of the Brazilian] in 1998. The publication of a collection of scattered phenomenological drafts “Coisas que me cercam” [Things that surround me] fails.

1977/1978 Flusser summarizes his concepts of communication-philosophy, first in English and German, then in French, in the book manuscript “Mutations of Human Relations”, published as “Kommunikologie”.

1985/1986 Flusser is working on the manuscript for the book “Hat Schreiben Zukunft?”.

1991 Visiting professor at the Ruhr-University Bochum, Germany, with seminars on human communication, structures of communication and communicology as culture critique. He gives a talk at “Cultec – Kultur und Technik im 21. Jahrhundert” (Wissenschaftszentrum NRW) in Essen, Germany, called “Die Informationsgesellschaft. Phantom oder Realität?” [Information Society. Phantom or Reality?] Lecture “Paradigmenwechsel” [Change of Paradigm] at the Goethe-Institute, Prague. The very next day, on the 27th of November Flusser dies in a car accident. He is buried at the Jewish cemetery in Prague.

The desire to learn something new brings human beings to investigate the world.
What is the life on the Earth? There are many hypotheses.
Let’s ask ourselves how to verify them? It cannot be done.
If it is impossible to verify, then the hypotheses (theories …) have no any practical sense, since they can be incorrect.
I found the book “Towards a Philosophy of Photography” by Vilem Flusser at the very moment when I used my camera to make photos of images, emotions and energy by interacting with the Water.
From 2008 to 2012 I emailed different research centers all over the world to demonstrate practical results of my discovery. I hadn’t got any reply. I’ been looking for practitioners with the same experience as me … As it turned out I was alone in my research.
I had many questions and the book gave answer on some of them.
Human being is the special element connecting worlds. He has freedom of choice.
During my experiments, I consciously tried to photograph “what doesn’t exist”. At the same time I didn’t play against camera, but I interacted with it to get images of real world surrounding us. I demonstrated that it’s possible to to hack the program of apparatus and drag human intentions, emotions, energy … in it. I demonstrated that we can decode and visualize them.

In a few years my camera had exhausted its program – it got broken – but I found a new way to decode the world I live in – What Flusser refer to as “… one can show contempt for the camera and its creations and turn one’s interest away from the thing in general in order to concentrate on information”.

ID 2017 refers to Vilem Flusser’s life cycle. It means that e-journal became creative and research continuation of his life and his ideas. This had to happen as the next step on the way to ….

Igor Galyona (born June 22, 1976  igorgalyona@gmail.com) is the author of Person-Water interaction method of getting photo-images of feelings, emotions, invisible beings surrounding us in real world). Archive of photos for 5 years is available at Alien.com.ua . Also he developed a theory called life cycles (ref 124875369.com ) that suggested that all people live by life cycles: 124875 (3 types), 36 and 9. The theory allows to derive significant years (and even dates) for any person, company or organization and shows that all events are interconnected.