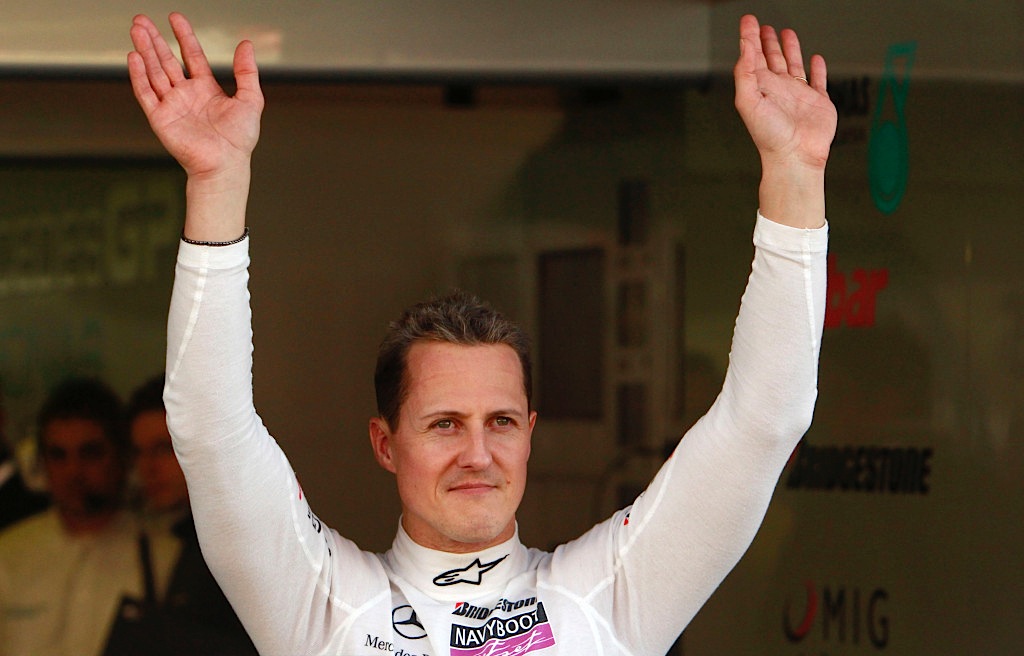 He joined Eurokart dealer Adolf Neubert in 1985 and by 1987 he was the German and European kart champion, then he quit school and began working as a mechanic.

He left Benetton a year before his contract with them expired; he later cited the team’s damaging actions in 1994 as his reason for opting out of his deal.  A year later Benetton employees Rory Byrne (designer) and Ross Brawn (Technical Director) joined Ferrari

Going into the 1994 Australian Grand Prix, the final race of the 1994 season, Schumacher led Damon Hill by a single point in the Drivers’ Championship. Schumacher led the race from the beginning, but on lap 35 he went off track and hit the wall with his right side wheels, returning to the track at reduced speed, and with car damage, but still leading the race.

Rumours circulated that Coulthard may be replaced by Schumacher for the 1999 season and beyond and, in a previous edition of the F1 Racing magazine, Ron Dennis revealed that he had approached Schumacher to sign a deal with McLaren. However, peripheral financial issues that tied Schumacher with Ferrari, such as sponsorship agreements and payment, could not be rectified in a move to the rival team and so no deal came to fruition.[citation needed]

Schumacher’s efforts helped Ferrari win the Constructors title in 1999. He lost his chance to win the Drivers’ Championship at the British Grand Prix at the high-speed Stowe Corner, his car’s rear brake failed, sending him off the track and resulting in a broken leg

For example, Deutsche Vermögensberatung paid him $8 million over three years from 1999 for wearing a 10 by 8 centimetre advertisement on his post-race cap.

Schumacher won five consecutive drivers’ titles from 2000 to 2004, including an unprecedented sixth and seventh title. In 2002, Schumacher won the title with a record six races remaining and finished on the podium in every race.

In 2002, Schumacher used the Ferrari F2002 to retain his Drivers’ Championship.

On 29 December 2013, Schumacher was skiing with his 14-year-old son Mick, descending the Combe de Saulire below the Dent de Burgin above Méribel in the French Alps. While crossing an unsecured off-piste area between Piste Chamois and Piste Mauduit, he fell and hit his head on a rock, sustaining a serious head injury despite wearing a ski helmet. According to his physicians, he would most likely have died if he had not been wearing a helmet. He was airlifted to Grenoble Hospital where he underwent two surgical interventions. Schumacher was put into a medically induced coma because of traumatic brain injury; his doctors reported on 7 March 2014 that his condition was stable. On 4 April 2014, Schumacher’s agent reported that he was showing “moments of consciousness” as he was gradually withdrawn from the medically induced coma, adding to reports by relatives of “small encouraging signs” over the preceding month. In mid-June, he was moved from intensive care into a rehabilitation ward. By 16 June 2014, Schumacher had regained consciousness and left Grenoble Hospital for further rehabilitation at the University Hospital (CHUV) in Lausanne, Switzerland. On 9 September 2014, Schumacher left CHUV and was brought back to his home for further rehabilitation. In November 2014, it was reported that Schumacher was “paralysed and in a wheelchair”; he “cannot speak and has memory problems”. In a video interview released in May 2015, Schumacher’s manager Sabine Kehm said that his condition is slowly improving “considering the severeness of the injury he had”.

In September 2016, Felix Damm, lawyer for Schumacher, told a German court that his client “cannot walk”, in response to false reports from December 2015 in German publication Die Bunte that he could “walk a couple of steps”

A keen horsewoman, in 2010 she won the European Championship in western style horse riding.

“His hands are saying…” 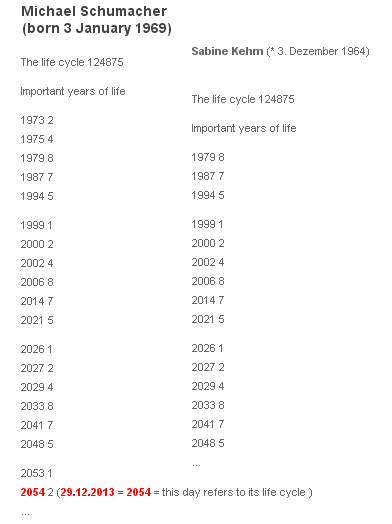