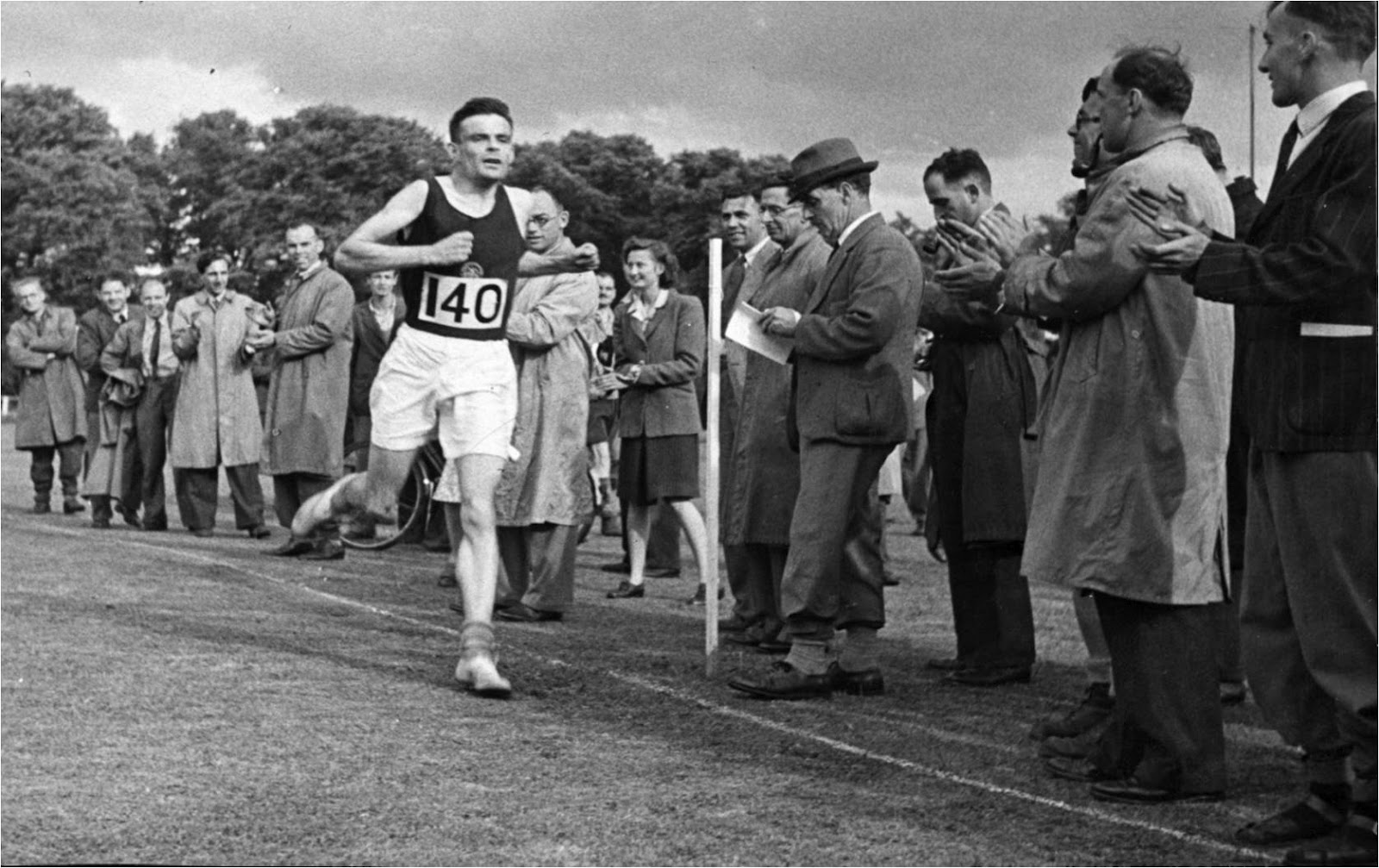 By late 1941, Turing and his fellow cryptanalysts Gordon Welchman, Hugh Alexander, and Stuart Milner-Barry were frustrated. Building on the work of the Poles, they had set up a good working system for decrypting Enigma signals, but they only had a few people and a few bombes, so they did not have time to translate all the signals. In the summer, they had had considerable success, and shipping losses had fallen to under 100,000 tons a month, but they were still on a knife-edge. They badly needed more resources to keep abreast of German adjustments. They had tried to get more people and fund more bombes through the proper channels, but they were getting nowhere. Finally, breaking all the rules, on 28 October they wrote directly to Winston Churchill spelling out their difficulties, with Turing as the first named. They emphasised how small their need was compared with the vast expenditure of men and money by the forces and compared with the level of assistance they could offer to the forces.

As Andrew Hodges, biographer of Turing, later wrote, “This letter had an electric effect.” Churchill wrote a memo to General Ismay, which read: “ACTION THIS DAY. Make sure they have all they want on extreme priority and report to me that this has been done.” On 18 November, the chief of the secret service reported that every possible measure was being taken. The cryptographers at Bletchley Park did not know of the Prime Minister’s response, but as Milner-Barry later recalled, “All that we did notice was that almost from that day the rough ways began miraculously to be made smooth.”
More than two hundred bombes were in operation by the end of the war

In 1941, Turing proposed marriage to Hut 8 colleague Joan Clarke, a fellow mathematician and cryptanalyst, but their engagement was short-lived. After admitting his homosexuality to his fiancée, who was reportedly “unfazed” by the revelation, Turing decided that he could not go through with the marriage

…In late 1947 he returned to Cambridge for a sabbatical year during which he produced a seminal work on Intelligent Machinery that was not published in his lifetime. While he was at Cambridge, the Pilot ACE was being built in his absence. It executed its first program on 10 May 1950, and a number of later computers around the world owe much to it, including the English Electric DEUCE and the American Bendix G-15. The full version of Turing’s ACE was not built until after his “death”…

According to the memoirs of the German computer pioneer Heinz Billing from the Max Planck Institute for Physics, published by Genscher, Düsseldorf, there was a meeting between Alan Turing and Konrad Zuse. It took place in Göttingen in 1947. The interrogation had the form of a colloquium. Participants were Womersley, Turing, Porter from England and a few German researchers like Zuse, Walther, and Billing (for more details see Herbert Bruderer, Konrad Zuse und die Schweiz).

During this time he continued to do more abstract work in mathematics, and in “Computing Machinery and Intelligence” (Mind, October 1950), Turing addressed the problem of artificial intelligence, and proposed an experiment that became known as the Turing test, an attempt to define a standard for a machine to be called “intelligent”. The idea was that a computer could be said to “think” if a human interrogator could not tell it apart, through conversation, from a human being. In the paper, Turing suggested that rather than building a program to simulate the adult mind, it would be better rather to produce a simpler one to simulate a child’s mind and then to subject it to a course of education. A reversed form of the Turing test is widely used on the Internet; the CAPTCHA test is intended to determine whether the user is a human or a computer.

In 1948 Turing, working with his former undergraduate colleague, D. G. Champernowne, began writing a chess program for a computer that did not yet exist. By 1950, the program was completed and dubbed the Turochamp

Turing, Sara Stoney (1959). Alan M Turing. W Heffer. Turing’s mother, who survived him by many years, wrote this 157-page biography of her son, glorifying his life. It was published in 1959, and so could not cover his war work. Scarcely 300 copies were sold (Sara Turing to Lyn Newman, 1967, Library of St John’s College, Cambridge). The six-page foreword by Lyn Irvine includes reminiscences and is more frequently quoted. It was re-published by Cambridge University Press in 2012, to honour the centenary of his birth, and included a new foreword by Martin Davis, as well as a never-before-published memoir by Turing’s older brother John F. Turing.

…Although published before the structure and role of DNA was understood, Turing’s work on morphogenesis remains relevant today, and is considered a seminal piece of work in mathematical biology. One of the early applications of Turing’s paper was the work by James Murray explaining spots and stripes on the fur of cats, large and small. Further research in the area suggests that Turing’s work can partially explain the growth of “feathers, hair follicles, the branching pattern of lungs, and even the left-right asymmetry that puts the heart on the left side of the chest.” In 2012, Sheth, et al. found that in mice, removal of Hox genes causes an increase in the number of digits without an increase in the overall size of the limb, suggesting that Hox genes control digit formation by tuning the wavelength of a Turing-type mechanism. Later papers, though promised, were not available until Collected Works of A. M. Turing was published in 1992

A statue of Turing was unveiled in Manchester on 23 June 2001 in Sackville Park, between the University of Manchester building on Whitworth Street and Canal Street. The memorial statue depicts the “father of computer science” sitting on a bench at a central position in the park. Turing is shown holding an apple. The cast bronze bench carries in relief the text ‘Alan Mathison Turing 1912–1954’, and the motto ‘Founder of Computer Science’ as it could appear if encoded by an Enigma machine: ‘IEKYF ROMSI ADXUO KVKZC GUBJ’…

On 23 June 1998, on what would have been Turing’s 86th birthday, his biographer, Andrew Hodges, unveiled an official English Heritage blue plaque at his birthplace and childhood home in Warrington Crescent, London, later the Colonnade Hotel. To mark the 50th anniversary of his death, a memorial plaque was unveiled on 7 June 2004 at his former residence, Hollymeade, in Wilmslow, Cheshire

On 28 October 2004, a bronze statue of Alan Turing sculpted by John W. Mills was unveiled at the University of Surrey in Guildford, marking the 50th anniversary of Turing’s death; it portrays him carrying his books across the campus

In 2010, actor/playwright Jade Esteban Estrada portrayed Turing in the solo musical, ICONS: The Lesbian and Gay History of the World, Vol. 4.

In 2009, following an Internet campaign, British Prime Minister Gordon Brown made an official public apology on behalf of the British government for “the appalling way he was treated.”

Queen Elizabeth II granted him a “posthumous” pardon in 2013.

The Science Museum in London launched a free exhibition devoted to Turing’s life and achievements in June 2012, to run until July 2013

A musical work inspired by Turing’s life, written by Neil Tennant and Chris Lowe of the Pet Shop Boys, entitled A Man from the Future, was announced in late 2013. It was performed by the Pet Shop Boys and Juliet Stevenson (narrator), the BBC Singers, and the BBC Concert Orchestra conducted by Dominic Wheeler at the BBC Proms in the Royal Albert Hall on 23 July 2014